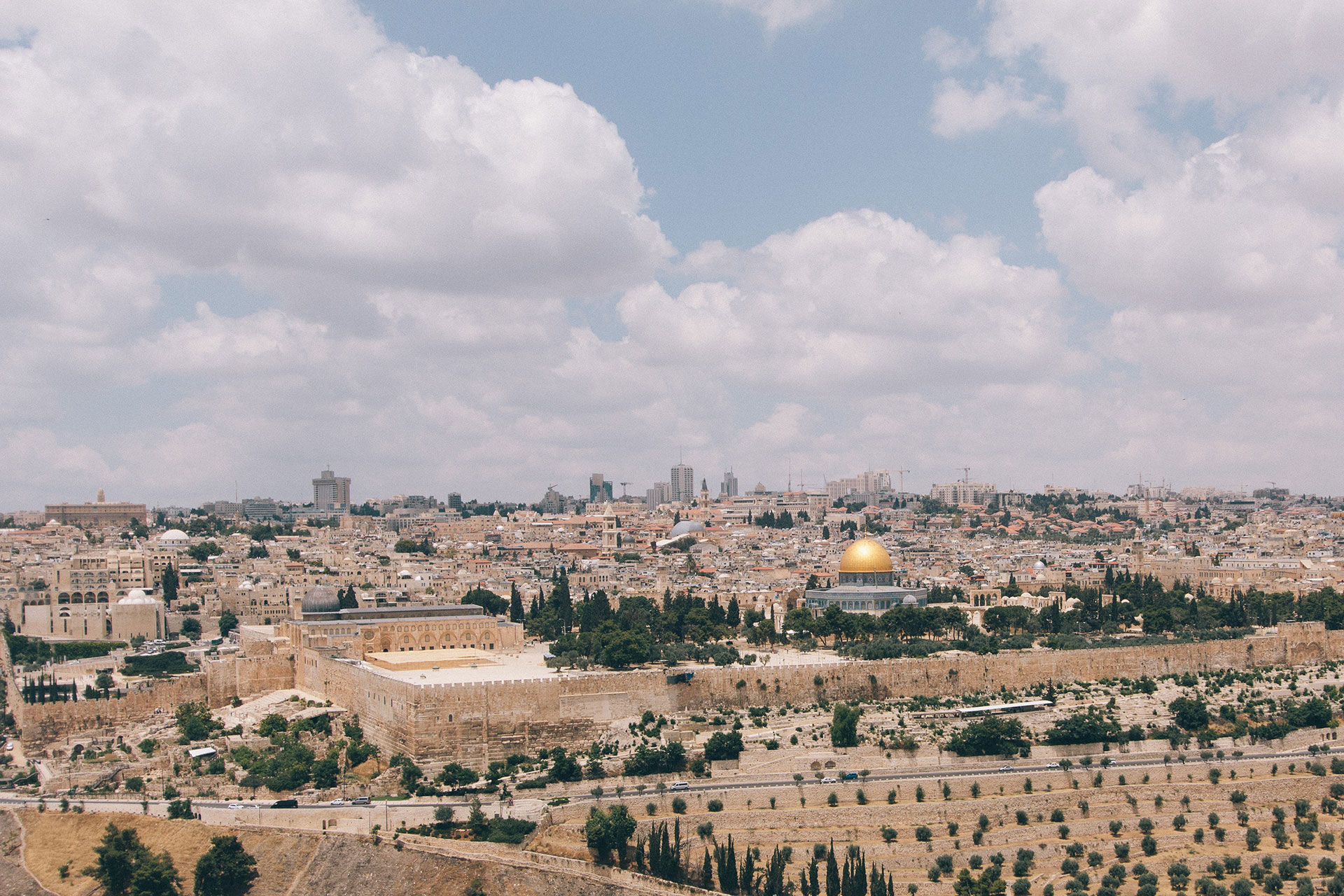 Despite being a small country, Israel has an endless number of places to visit. With an area of only 470 kilometers and a population of more than 8 million inhabitants —Christians, Muslims and Jews—, there’s plenty of things to do during your visit.

When I told my friends and family that I’d be coming to Israel, the first thing they asked me was if it was dangerous, and if I was afraid about the Middle East conflict. I can assure you that you’ll feel safe there: the country cares about you and is on the task of making you feel safe; there’s nothing to worry about, they have an excellent army.

Israel’s gastronomy is very diverse and famous due to the diversity of the international cuisine every Israeli city has to offer: classic Middle East hummus and falafel; fish, meat, sushi and Thai food. There are places where you can even eat for 5 shekels —NIS— (equivalent to  USD1,5 )

From the international Ben Gurion Airport in Tel Aviv, there are trains and buses that connect with the main cities, such as Jerusalem, Haifa and Tel Aviv itself. Bear in mind that getting your return ticket in advance can be cheaper. There are also

flights to Eilat, the tourism-oriented city at the south of Israel, visited both by national and international tourists. The main public transport companies for moving around are DAN and EGGED, and there’s also a recently inaugurated train. You should also know that during the Saturday —Jewish rest day— or shabbat, that goes from Friday at 3 pm to Saturday at 7 pm roughly, there’s no public transport. However, for a reasonable price you can get a private shared cab.

WHICH LANGUAGES ARE SPOKEN IN ISRAEL?

Besides Hebrew, most people speak English, and many even Russian or Arabic. There are over 1,000,000 Russian descendants Israelis living there. The locals love speaking Spanish for the soup operas and there’s also a big French community all around the country. Israelis love to travel, so they’ll be helpful once they identify you as a tourist. 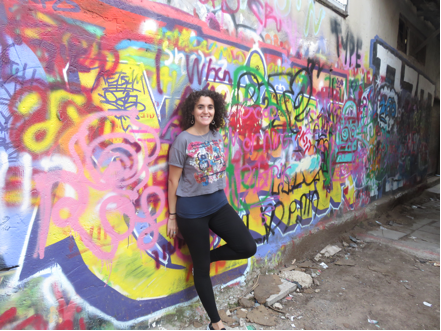 Tel Aviv is a city that never sleeps. It offers many family activities. Museums, galleries and a worth mentioning gastronomy. I recommend experimenting a shabbat with the locals. You’ll learn about this Jewish tradition spending time with a family. Some tours in Jerusalem also allow you to visit the Western Wall —also called “Wailing Wall”— during shabbat.

Jerusalem is only 50 minutes away from Tel Aviv and it can be easily reached by train —NIS 23 =  USD 6— or by bus —the cheapest option, only NIS 19 = USD 5—. This is one of my favorite places in Israel, and one that many consider the most special city on Earth. Visiting the Yad Vashem —the Holocaust memorial—, wandering through the streets of the old city, visiting the Western Wall, eating at The Shuk (Machane Yehuda Market) and visiting the Mount of Olives with its spectacular views of this spiritual city, are experiences you cannot miss.

I suggest taking the “Jesus Trail”, a 40-mile-long walk in the region of Galilee, where many historic and religious places can be seen. It’s a good option for a family activity. 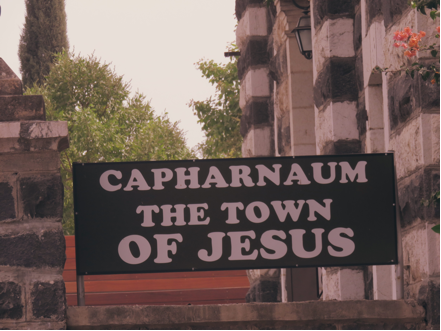 By a two-hour bus from Tel Aviv (NIS 50 = USD 13) you can access a wonderful natural reserve. What sets it apart from other seas? Salt water that makes you float. It’s the deepest hypersaline lake in the world. I suggest not submerging your head in the water, since it can damage your eyes and be quite painful. From there you can also visit the historic Masada city: watching the sunrise there was one of my favorite experiences. It’s a mix of very symbolic palaces and forts for the Jewish people.

Acre and Caesarea are both on the north coast of Israel. Acre (also known as “Akko”), where you can get to by train (NIS 50 = USD 13) is the city that belong to the Crusaders, over 800 years ago. Caesarea, where you can also take the train to (120 minutes, NIS 26 = USD 7 ), is a spectacular Roman-built spot that flourished at the early 2000’s. Haifa is one of the largest cities in Israel and shares the northern border with Lebanon.

Eilat can be found next to the Red Sea, south of Israel. This city offers a wide variety of activities for both young and adults. It is worth visiting the Coral World Underwater Observatory to practice snorkeling or scuba-diving, to see one of the widest arrays of fish and coral in the world. In Eilat you can also visit Petra in Jordan, a one-day field trip. The fantastic archeological site is where Indiana Jones movies were shot. The tour’s budget would estimate around USD 250 , including the Jordanian visa, the tour, transportation and lunch. You can get to Eilat by bus from Tel Aviv (NIS 82 = USD 21 ) or by plane (NIS 87 = USD 23 , with no return flight).

Here you can see a map of all the touristic attractions mentioned in this post! See you in Israel! 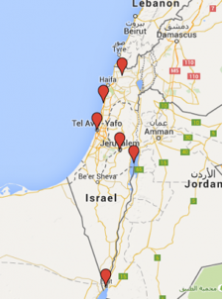 Here’s the link to the best hostel in Tel Aviv, called Abraham Hostel, which I strongly recommend( you can make a reservation here ABRAHAM HOSTEL ), located in the heart of the city. The best thing about it is that you can choose between shared and private rooms, aside from lots of tours, including some to Israel and West Bank. They also have a hotel in Jerusalem and another one in Nazareth, a plus considering that transportation between their hostels in each city is free of charge.

I’ve stayed there several times. Activities for every day, tours around the city and a super pleasant staff.

You can read my article about Tel Aviv